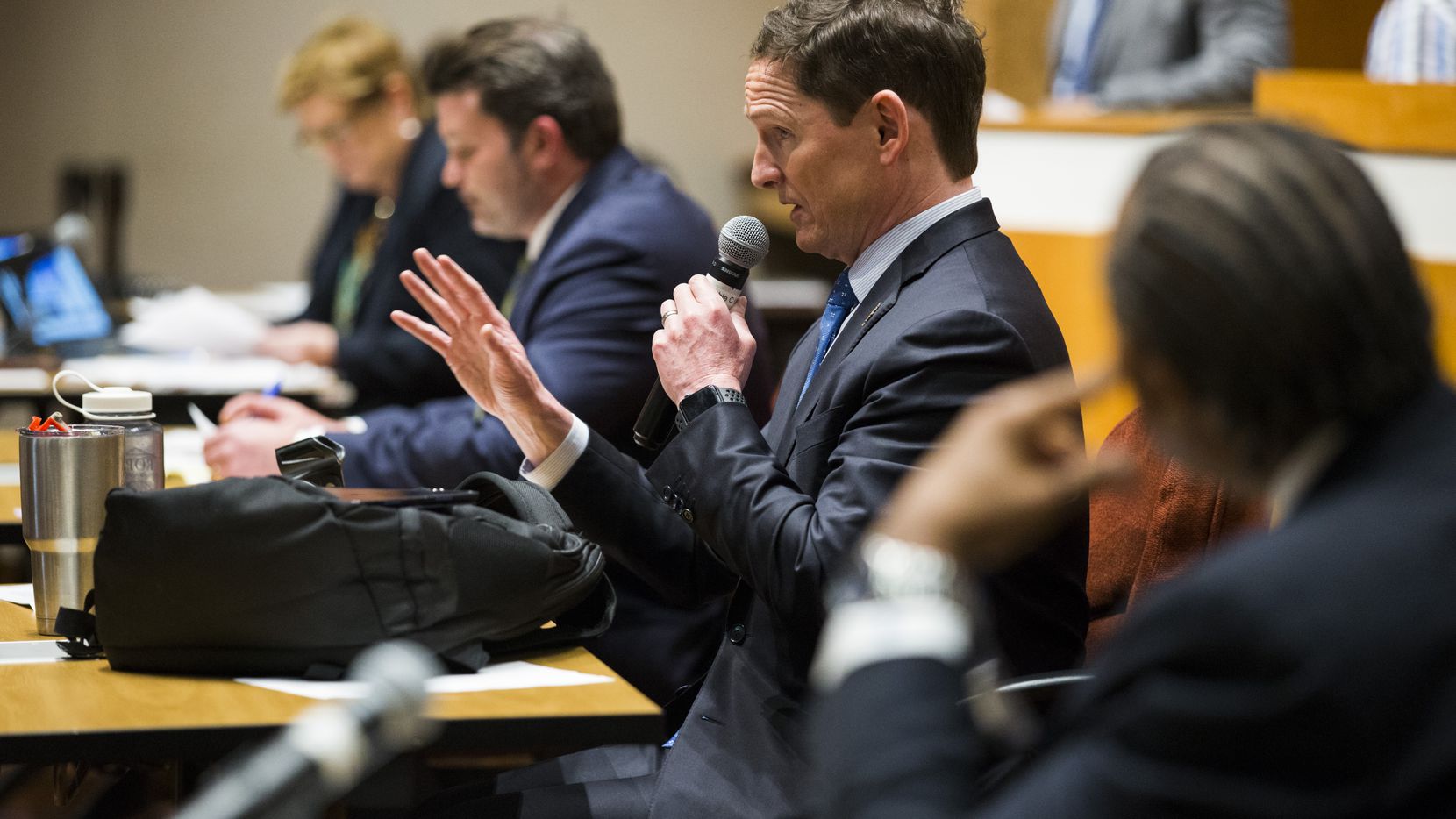 "It's a down payment towards a major issue in our county."

Ian Mattingly, president-elect of the Apartment Association of Greater Dallas, noted industry analyst estimates that 15% of county renters will not be able to pay rent this month. 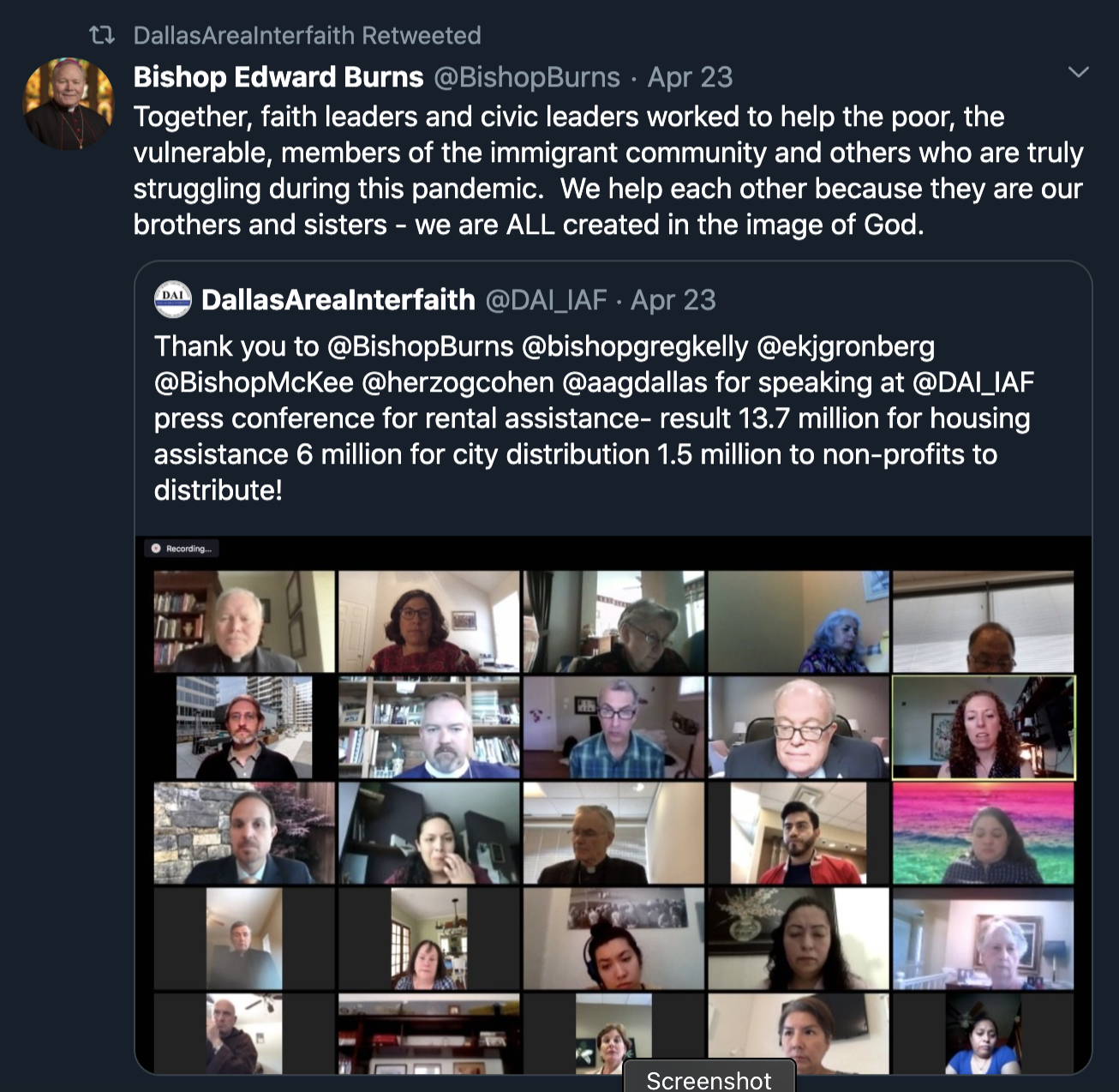 After DAI organized judicatory leaders and clergy from every major religion in Dallas, and the Apartment Association of Greater Dallas, to testify in support of short-term supports for low-income renters and homeowners, the City of Dallas authorized about $13.7 million for short-term rental and mortgage assistance programs.  $6 million will be dedicated to direct income support for Dallas residents left out of the CARES Act and another $1.5 Million will be entrusted to nonprofits to distribute.

Speakers who testified in support of this local aid package included Bishop Edward Burns and Auxiliary Bishop Gregory Kelly of the Catholic Diocese of Dallas, Bishop Michael McKee of the North Texas Conference of the United Methodist Church, Bishop Erik KJ Gronberg of the Northern Texas - Northern Louisiana Synod of the Evangelical Lutheran Church of America and Rabbi Kimberly Herzog-Cohen of Temple Emanu-El.

Funding will come directly from the Coronavirus Aid, Relief, and Economic Security Act and other federal funding the city has available and will be targeted at households making 80% or below of the area median income and are left out of the federal stimulus CARES Act.  DAI leaders argued that with 50,000 renters in danger of not being able to pay the rent, that a large local aid package would be essential.