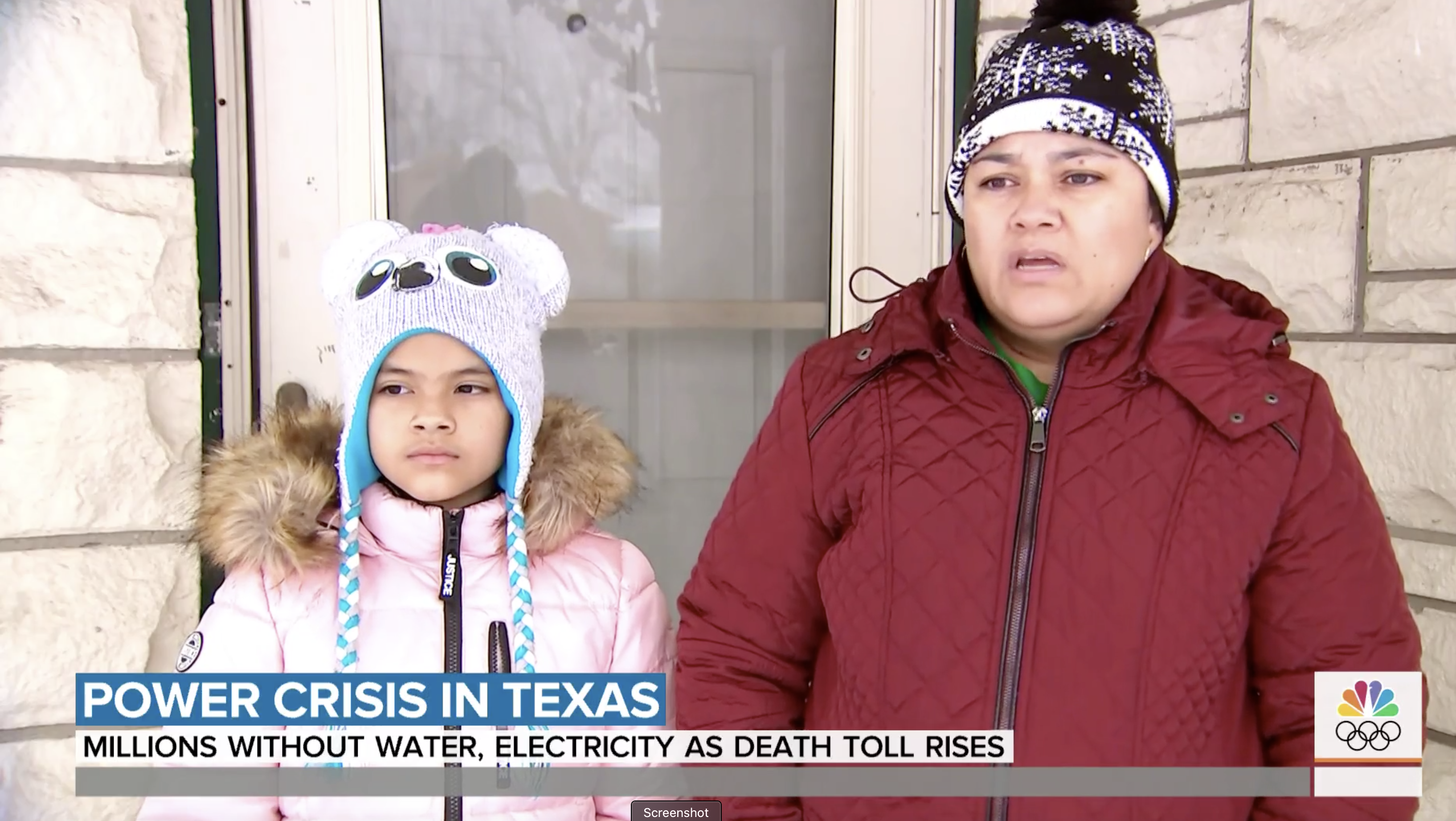 While state officials announced later in the day that power had stabilized and forced shutoffs were no longer needed, more than 300,000 households remained without power....Texas was especially hard hit because most of its power grid is isolated from the interconnected networks serving the eastern and western parts of the U.S. That made it difficult to import energy from other states when frozen pipes shut down generating station.

The failure of Texas' electric grid led faith leaders across the state on Thursday to call out Gov. Greg Abbott for a lack of leadership and preparation. They urged him to request assistance from the Federal Emergency Management Administration and dip into the state's $10 billion "rainy-day" fund to help Texans cover expensive home repairs and energy bills.

They also called on state leaders to act on a 2012 plan to modernize and weatherize the electric grid....

"We are calling for Gov. Abbott to first take responsibility for this gross negligence and stop finger-pointing. This is a gross act of negligence that has caused harm to the whole state of Texas, and it's time to put people over profits," the Rev. John Ogletree of the First Metropolitan Church of Houston said at a virtual press conference Thursday. The event was organized by the Network of Texas IAF Organizations, a nonpartisan coalition of 10 mostly faith-based organizations statewide that represents more than 1 million people.

"The state leadership has known that this needed to change, and they have done nothing," Elizabeth Valdez, director of Texas IAF, told EarthBeat.

"The storm may have been an act of nature, but the devastation of the electrical grid shutdown is an act of sheer negligence," Auxiliary Bishop Greg Kelly of the Dallas Diocese added in a statement.

Kelly and other faith leaders who spoke during the press conference and with EarthBeat described the struggles facing their state's people because of the freeze: Temperatures in homes hovering at 30 degrees. Elderly people unable to use dialysis machines. A 76-year-old woman sleeping in her car for warmth.  Churches that would typically offer shelter could not because they too lacked power and water...

[In photo DAI Leader Adriana Godines shares concern about being "another statistic" during the winter storm.]