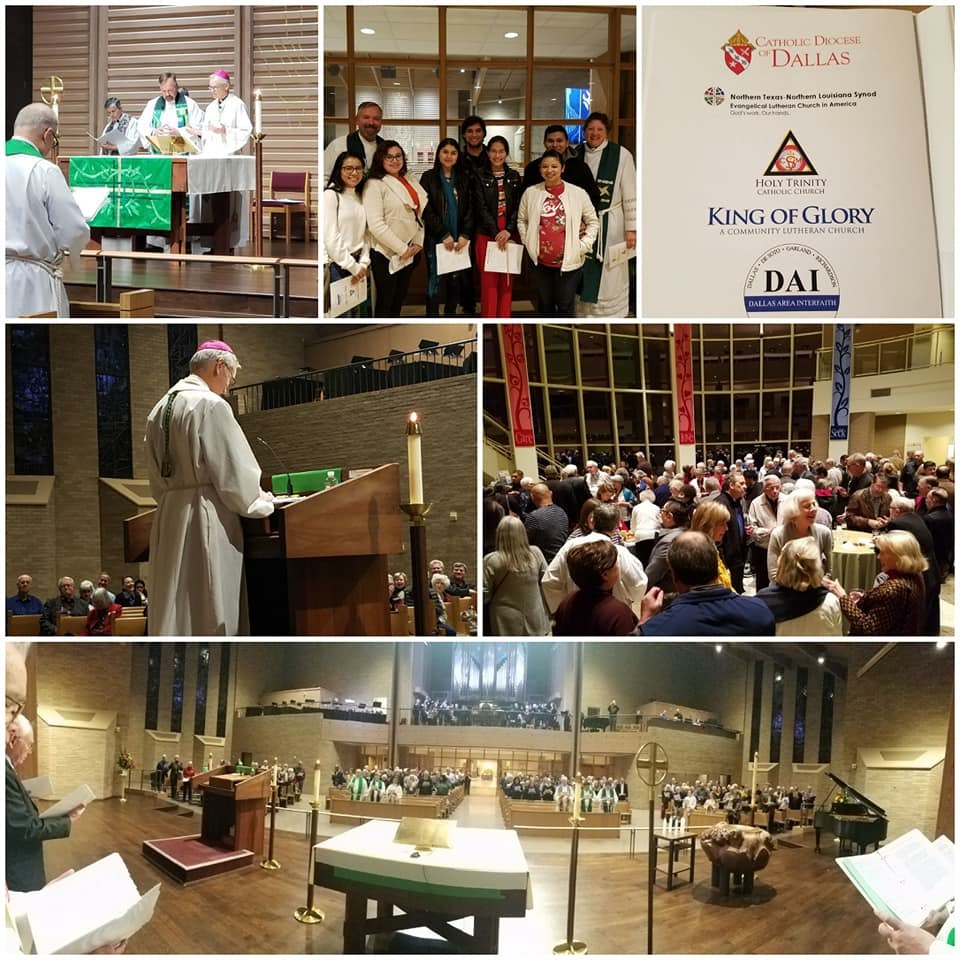 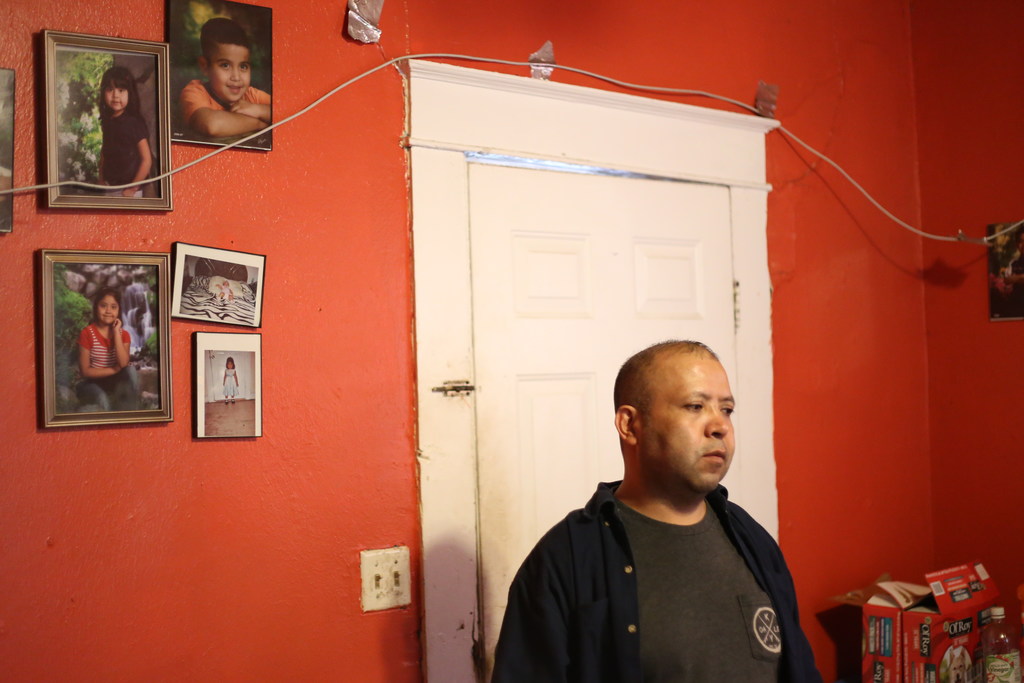 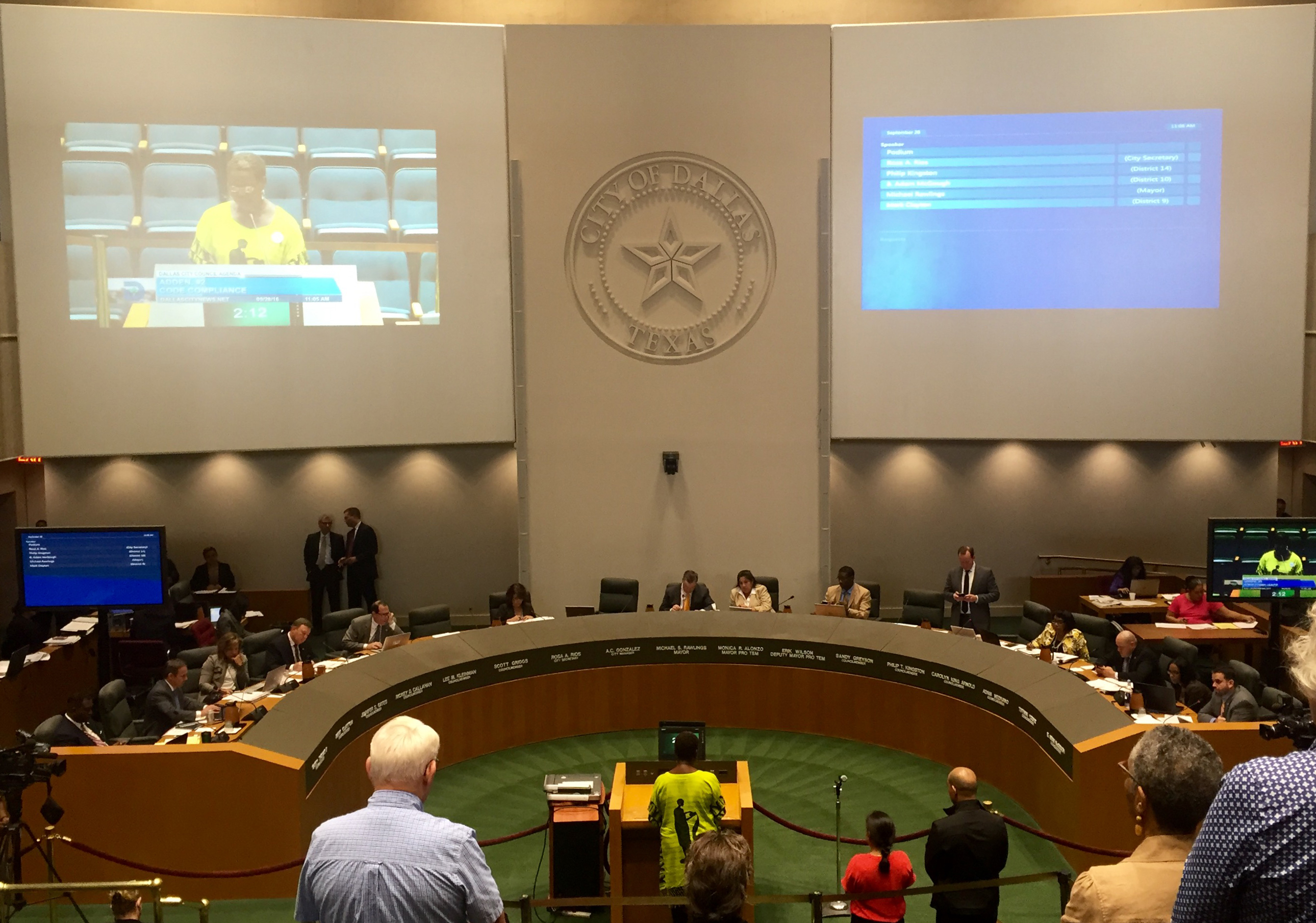 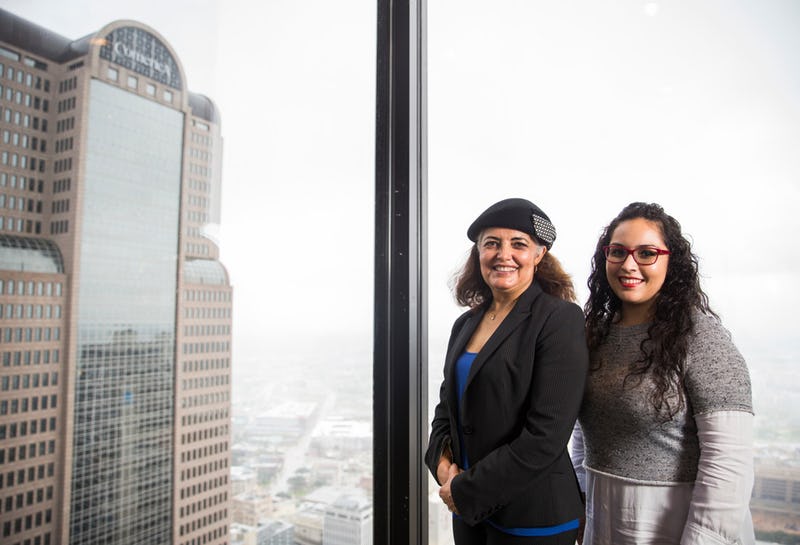 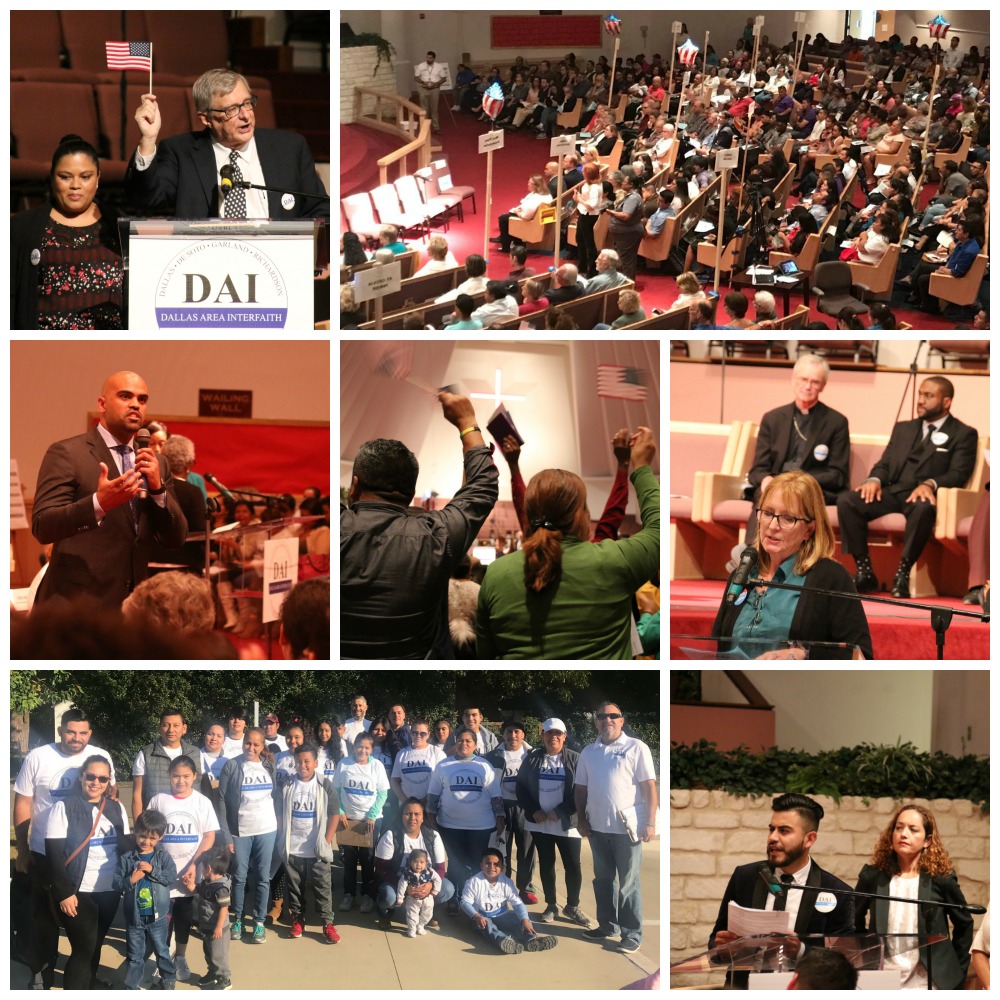 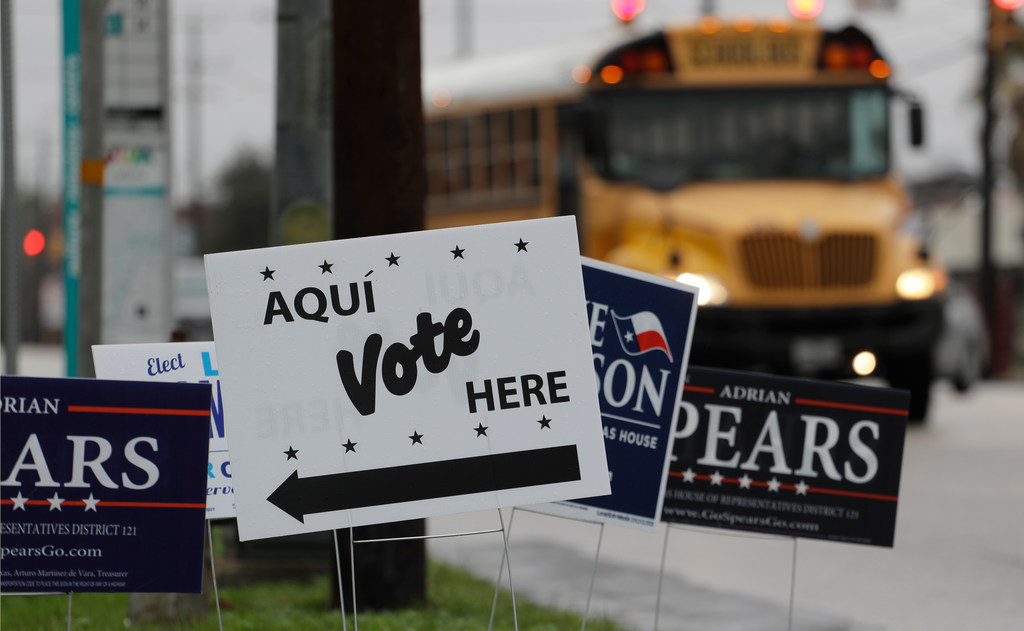 On Wednesday, several groups are planning a news conference in downtown Dallas to continue pushing for higher turnout. They also plan to encourage candidates to speak at public forums.

“Unless people feel connected to the issues affecting them, they’re not likely to vote,” said Josephine Lopez Paul, lead organizer for Dallas Area Interfaith, a coalition of congregations, schools and nonprofits.

As residents learn about issues and candidates, they'll be drawn into the process. And institutions can have a bigger impact.

“If their business and church and school are saying the same thing — go vote — then we’ll see a rise in voting,” Paul said.

From Levi’s to Southwest Airlines to Walmart, business tries to turn out the vote, Dallas Morning News

We've been here before. America has had a love-hate relationship with its Mexican population for centuries. Whether it is not being able to find a permanent solution to Deferred Action for Childhood Arrivals (DACA), separating immigrant children from their parents or casting undocumented persons as criminals and rapists, these vile expressions of hatred against Mexicans have existed for centuries.

America loves to vilify and dehumanize Mexicans, despite our historic contributions to the U.S. economy. Traditionally, when the economy is flourishing and needs low-wage laborers, we're the go-to help. But when the economy is in decline, we become the targets for everything that is wrong with our country. In the current political climate, we're "the other," to be feared as the reason America is no longer great. But we have long been a part of the fabric of America.

America Loves to Vilify and Dehumanize Mexicans, Despite Their Historic Contributions to US, The Hill 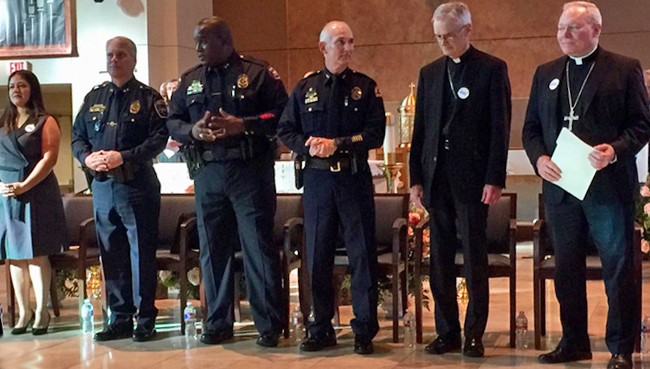 It has been a year since Texas passed SB4, a measure that requires police and county sheriffs to cooperate with federal immigration enforcement. The measure also grants local law enforcement the right to question the immigration status of anyone they arrest….

Father Forge, leaders of the Dallas Area Interfaith and more than 1,000 others met with law enforcement officials from Dallas and neighboring communities Carrollton and Farmers Branch, last November to see what could be done to quell fears. The problem, according to law enforcement, comes when individuals pulled over for traffic violations cannot identify themselves.

“They want to know who they’re talking to,” Father Forge said of police. “Well, we already issue our volunteers with ID cards, so we jumped on that….”

Why Some Parishes are Offering IDs to Undocumented Texas, Catholic News Agency 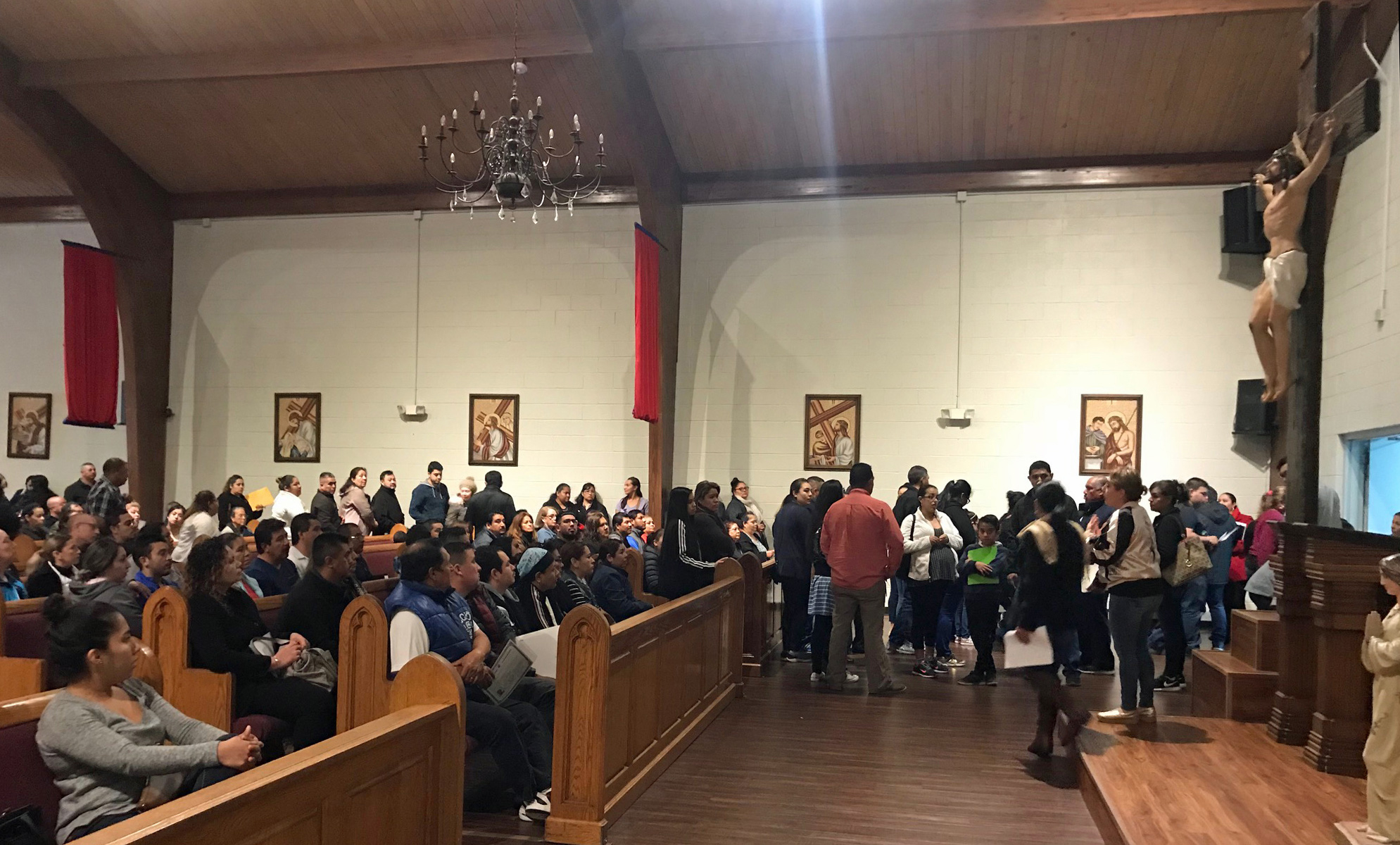 Nearly 300 parishioners of San Juan Diego Catholic Church [photo above] lined up by 8am on a Saturday morning to apply for a church-issued identification cards offered through the Catholic Diocese.  Within five hours, 500 applications were filed and 300 cards issued that day.

Building on a groundbreaking accord between Dallas Area Interfaith (DAI) and the Police Departments of Dallas, Carrollton and Farmers Branch — in which the police agreed to accept parish identification cards as alternative ID — upwards of 1,100 parish ID cards have been issued.  With some parishes requiring active membership from applicants for at least six months before issuing the card, the wait list of submitted applications has, so far, exceeded 2,200 applicants and is expected to grow.

This joint effort with the Catholic Diocese is bringing immigrants out of the shadows and into fuller participation in congregational life.  At San Diego Diego Catholic alone, 1,000 applicants were newly registered as members of their parish, even after years of regular church attendance.  Teams of leaders identified by DAI, and trained (in Spanish) through a collaborative effort with the Catholic Campaign for Human Development (CCHD), help keep the cost of the cards affordable for families.

Without an ID, said one parishioner, “we are scared of what could happen if we are stopped by the police.” With parish ID, families are feeling a greater sense of belonging and confidence in dealing with law enforcement.

Said DAI leader, Adriana Godinez, “For us, this is a really important document. We cannot take it lightly. It’s something that person is going to show to an officer.”

In training sessions recently held, police departments have committed to training their officers to recognize these cards as alternative identification.  Dallas County Community College has also committed to accepting the IDs, for purposes of enrolling in GED, US Citizenship and English-language classes.

According to one applicant, Antonio Coahila, “It’s a bit of a relief. It’s like you finally have an identity.”

Why Some Parishes are Offering IDs to Undocumented Texas, Catholic News Agency [pdf]