DAI is about people: developing their innate skills and ability to work with each other to identify shared problems, to find or create workable solutions, and to work together to implement systemic changes within society to achieve the common good. The following stories illustrate the growth and personal development experienced by DAI leaders. 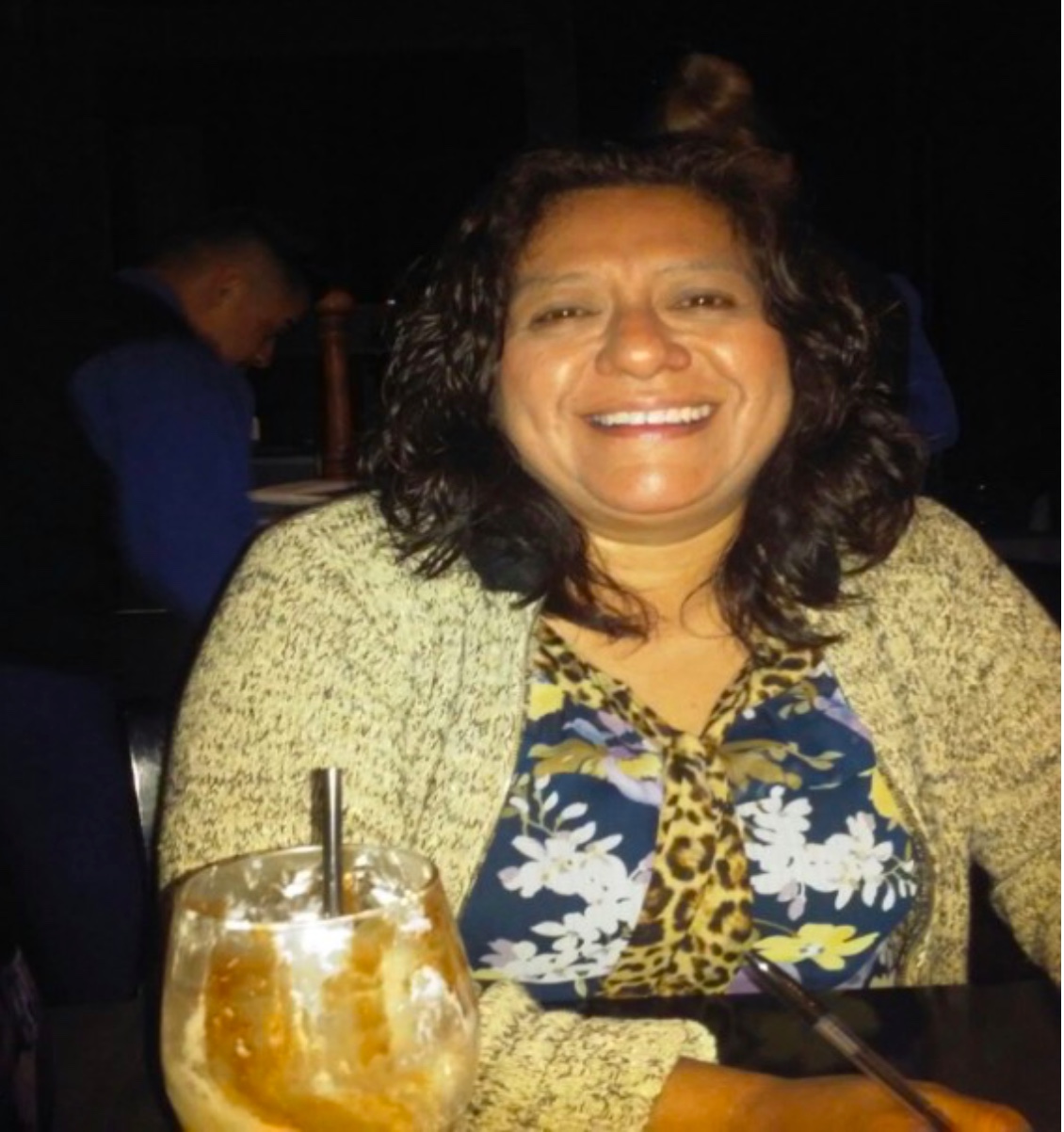 Betty Guerrero, a parishioner from San Juan Diego, says the most outstanding thing she learned from DAI was having conversations with people who have power. Through her DAI training, Betty realized that we have a responsibility, as a community, to be an active part of the changes that we want for our society.

Betty never imagined being part of a team that met with community leaders and using her voice to initiate change. She sat with executives of the Dallas Morning News and told stories of the work done at San Juan Diego through DAI. She met with the Dallas City Council candidates of District 6 and questioned their commitment to would work with DAI on the needs around childcare zoning. This initiative led to doubling the normal voter turnout for District 6. Betty also expressed to the Catholic Diocese of Dallas the reality that immigrant people are facing in these challenging times, as well as their experiences with SB4 and DACA. She has grown as a leader and would not have achieved this without DAI. 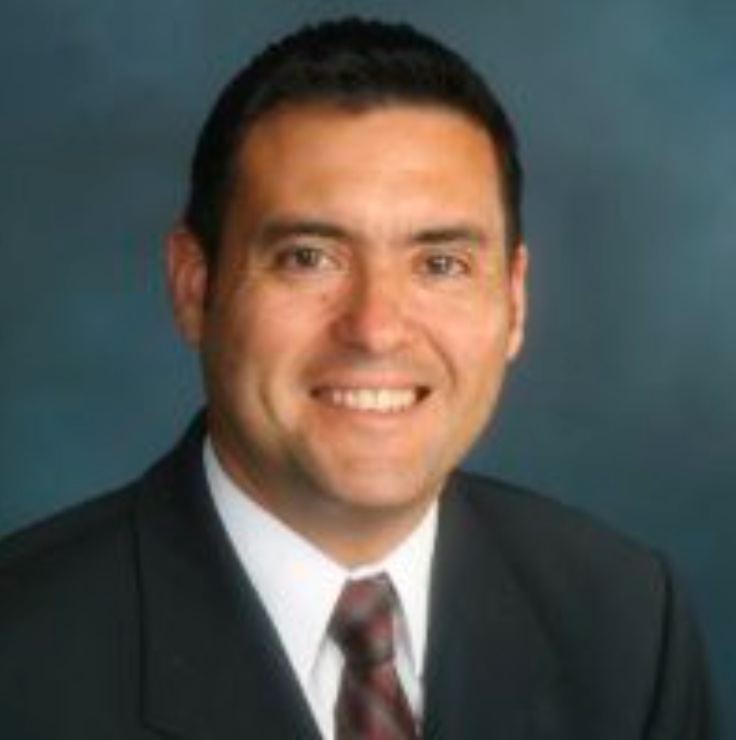 In May 2017, after receiving an invitation from his parish, St. Rita Catholic Church, Jorge Enderica attended his first DAI meeting. During this meeting he gained an understanding of the prophetic mission of the Catholic church and how it can be fulfilled through DAI’s organizing movement. An immigrant from Ecuador, Jorge works in the Latino community, but he had also been looking for a deeper way to serve, especially the immigrant population in the city of Dallas. He learned about the importance of building relationships through individual conversations and group meetings. He identified like-minded individuals at St. Rita and they lead small group meetings with others from their parish. These meetings began to uncover specific problems affecting the immigrant community. Through these conversations additional leaders have been identified and the group is moving forward to support key initiatives for the immigrant community and to incorporate other stakeholders in the parish. 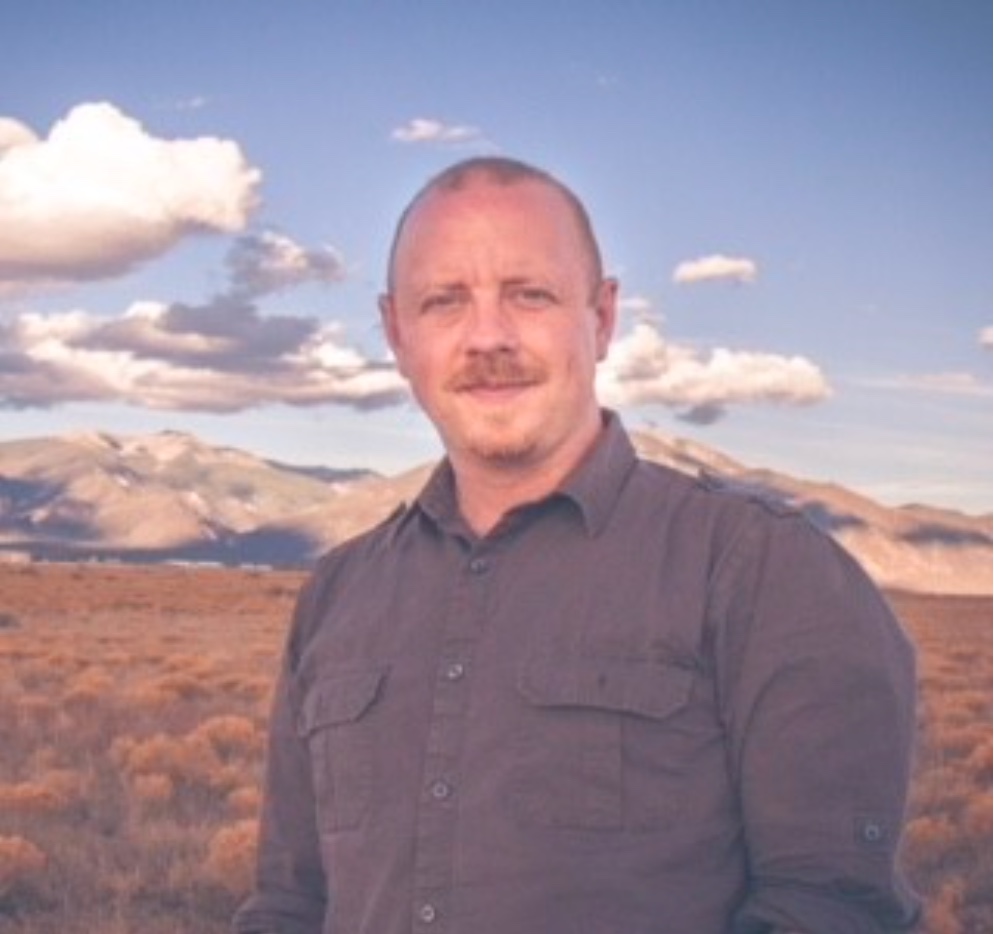 Jason Cato, the Dallas Area Director of Workers Defense Project, works with construction workers. He began working closely with DAI after attending a 3-day leadership training in May of 2017, with leaders from numerous congregations from across North Texas.

For Jason, the DAI leader training was a transformational experience, awakening within him a deeper awareness of what organizing is about: slow, respectful “spadework,” rooted in the building of relationships. DAI has taught him that organizing is just a fancy word for relationship building. Jason sees in the leaders of DAI, many from communities of the poor, a deep faith in their ability to provide leadership for their own struggle. He is inspired to put into practice DAI’s approach to leadership as a form of teaching, where the leader’s first responsibility is to develop the leadership potential in others.

On that spring night, Ms. Ventura was the most skeptical person present. She stood against the wall with her arms folded and a scowl on her face. Yet, the longer the meeting continued, the more curious she became. She began to see what they could do together. When they were challenged to organize a meeting of more than 100 people she responded, “We’ll do that.” Six weeks later, she co-chaired a meeting of 120 Bachman Lake residents. The original group of ten had grown into 120. They now had a constituency to begin improving housing in Dallas. Since then, Ms. Ventura has faced every challenge with the same determination that she did on that rst night.

At one of the early meetings in this campaign, people were asked why they came. Half of the room responded, “Iris invited me.” Her strong network combined with her unquenchable desire to develop into a stronger person has led Ms. Romo to places she thought were unbelievable just a year ago. Quiet and reserved, she worked to develop a stronger public persona. It was plainly evident when she con dently co-chaired a meeting with 200 people, including Bachman Lake’s city council representative, Council Member Monica Alonzo, and Bishop Greg Kelly, Auxiliary Bishop of the Diocese of Dallas. Ms. Romo’s determination to develop herself has paid great dividends for her and her community.

Ms. Vega is a determined mother of four. She has moved ve times in six years, trying to nd a safe and decent place to live. All of her children suffer from asthma as a result of the mold in their apartments. At least one of her children attends every meeting with her. They have watched their mom grow and challenge city council and city staff to more effectively address substandard housing. They watched her organize more than 100 DAI leaders to go to city hall and testify in support of a stronger rental housing ordinance. Her work was so impressive during that meeting that Dallas City Council Member Philip Kingston tweeted a picture of DAI leaders with the caption, “DAI brought it.” Her children have a front row seat to democracy in action and to the growth and development of their mom.

Minister Jonathan Morrison – “Oh... that’s the church with all the nice cars.” 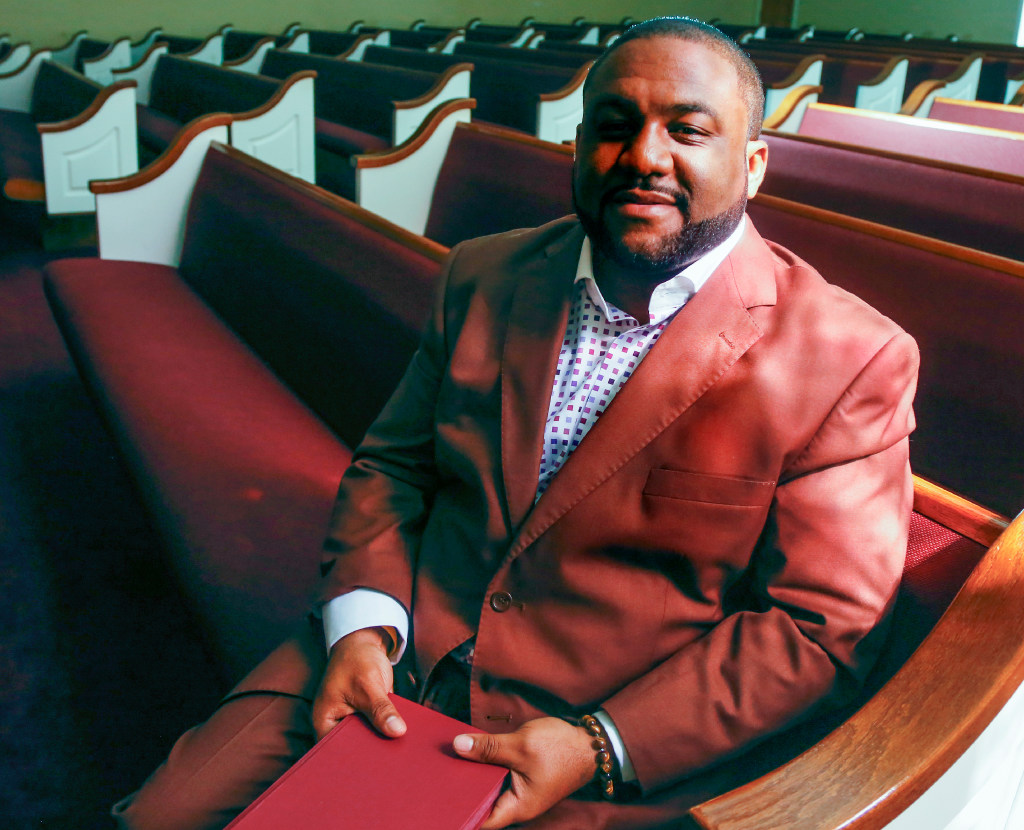 Minster Morrison is the minister of the historic Cedar Crest Church of Christ, the oldest African-American Church of Christ in Dallas.  Early in his tenure, the church surveyed the community to find out what people knew about Cedar Crest. They ran across one man, who could recall nothing except, “that’s the church with all the nice cars.”  Minister Morrison knew then that something had to change, and two years ago the church joined DAI.  Now Minister Morrison and the church are in the midst of an effort to improve housing conditions for renters in Dallas.  They are partnering with Roosevelt High School to support students in the neighborhood, and when five Dallas police officers were killed in July 2016, the church took the lead and organized an interfaith prayer vigil of 600 citizens and police officers. This vigil began the important work of rebuilding
community and police relationships. Cedar Crest Church of Christ is now known for much more than the cars in its parking lot.

Pastor Willie Smith – “The church in the hood doing what it should.”

The founding pastor of Bible Way Baptist Church, Pastor Smith, is deeply connected to his community. His church’s sign proudly states, “The church in the hood, doing what it should.”  Homeowners, drug dealers and police alike respect Pastor Smith and his ministry for he created a neighborhood crime watch and worked with groups like Habit for Humanity to strengthen his community.  In all of this good work, he realized that he needed to connect to a broader base. When he discovered DAI, he stated, “You know things we don’t, and I want to learn more.”  Pastor Smith and Bible Way Baptist
Church play an important role in uniting the community in ways never before experienced. His work to bring the community together improves the education of neighborhood children and the homes where they live.

Pastor James Williams – “Taking it to the next level.”

For years, Pastor Williams of Starlight Bethel Baptist Church resisted people urging him to move his church to the suburbs. He felt that his church was, “called to be the presence of Christ in this community.” For years he organized food and school supplies giveaways and reached out to the growing Latino community, but he wanted to take “it to the next level.” The first DAI meeting he attended, he realized that joining DAI would enable him to reach that next level. Long leery of politics, he now engages because he understands that his community will not improve without political power.

As a young medical student in 1968, Dr. Lachman saw  firsthand how slum housing negatively affected the health of his patients. One day he walked into his synagogue’s new building in Philadelphia and saw a plaque recognizing the people who funded the building. With horror, he realized that many of the donors were the very slumlords who owned the properties where his patients lived. He challenged his Rabbi who gave a weak excuse. This infuriated Dr. Lachman. “I was so disgusted and angry that I did not go into a Jewish house of worship until my children were old enough to attend religious education,” he said.

Forty years later, his synagogue, Temple Shalom, joined DAI, and he became an increasingly active DAI leader. DAI showed him that he had been “spiritually frozen” since walking out of the synagogue in 1968. Far from that frozen state now, he is doing his part to ful ll the Jewish concept of Tikkun Olam (Healing the World). DAI is his connection to Healing the World as he works to ensure that everyone has affordable access to healthcare and healthy housing.

Mr. deHaas is part of the largest German-Catholic family in Texas. He grew up in St. Ann’s parish in Midland where he was taught by Vincentian priests. In this parish, he lived out the preferential option for the poor by welcoming refugee families into the parish. As a young Catholic seminarian, he was greatly influenced by St. Vincent DePaul. This influence went dormant as he married and raised his children.

In 2014, he attended his first DAI meeting as a member of Holy Trinity Catholic Church. It reminded him of his formative years where he saw people who were different coming together for the common good. No longer dormant, DAI helped him put those teachings into practice by taking on perpetrators of wage theft.